The upper part of the electric control valve is the actuator, which accepts the 0~10mADC or 4~20mADC signal output by the regulator, converts it into the corresponding linear displacement, and pushes the lower control valve to act to directly adjust the flow of the fluid. The actuators of various types of electric control valves are basically the same, but the structure of the control valve (adjustment mechanism) is many types due to different conditions of use.

2. The Basic Structure Of Electric Actuator

Its electric actuator is mainly composed of an isolated electrical part and a transmission part, and the motor is used as an intermediate part connecting the two isolated parts. The motor of the electric control valve outputs the torque according to the control requirements, and transmits it to the trapezoidal screw through the multi-stage spur gear, and the trapezoidal screw converts the torque into the thrust through the thread. The trapezoidal screw thus transmits the linear travel to the valve stem via the self-locking output shaft. The output shaft of the actuator has a non-rotating ring to prevent transmission, and the radial locking device of the output shaft can also be used as a moving position indicator. A flagpole is connected to the stop ring of the output shaft, the flagpole runs synchronously with the output shaft, and the displacement of the output shaft is converted into an electrical signal through the rack plate connected with the flagpole, which is provided to the intelligent control board as a comparison signal and valve position feedback output. At the same time, the stroke of the electric actuator can also be limited by the two main limit switches on the rack plate, and protected by two mechanical limits.

The compact electric actuator takes the electric motor as the driving source and the direct current as the control and feedback signal. When there is a signal input at the input end of the controller, the signal is compared with the position signal. When the deviation value of the two signals is greater than the specified dead zone, the controller generates power output and drives the servo motor to rotate to make the output shaft of the reducer Rotate in a direction to reduce this deviation until the deviation is less than the deadband. At this time, the output shaft is stabilized at the position corresponding to the input signal.

The controller consists of the main control circuit board, sensors, operating buttons with LEDs, split-phase capacitors, wiring terminals, etc. The intelligent servo amplifier is based on a dedicated single-chip microprocessor, and converts the analog signal and the valve position resistance signal into a digital signal through the input loop. The microprocessor displays the result and outputs the control signal after passing the artificial intelligence control software according to the sampling result. 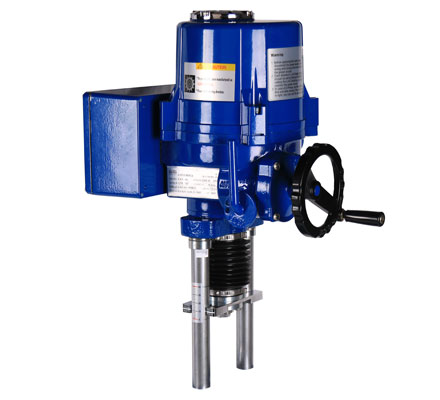 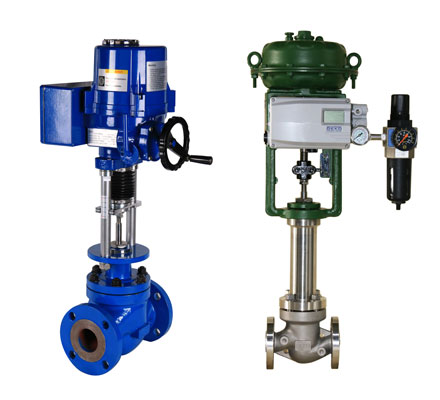 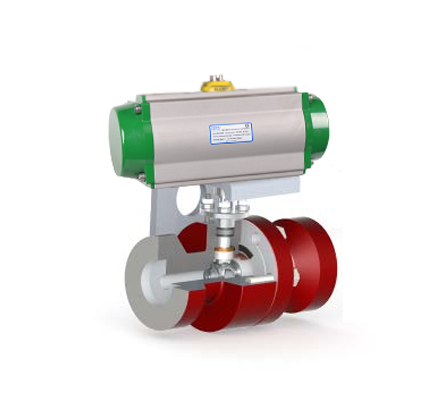